Travelling south, there are fields already dotted with baled hay.  Time has moved quickly in recent weeks and I’d forgotten that it’s almost Lammas.  The landscape is still green, but accented by the coming season’s gold.  I hurtle through the country, train travel giving both distance and connection.  Things seen from above that would normally be seen from below; landmarks made miniature; glimpses of things that would never normally be noticed.  We sweep past the Angel of the North, the Penshaw Monument, the Kilburn white horse and the cathedral-scape of Durham city.  Cows, sheep and horses populate the fields, but there is also picturesque abandonment – crumbling buildings, dilapidated trailers and huts often now used to shelter the animals.  But mostly, there are fields and big sky, blue-grey clouds and the threat of rain.

Two weeks ago I gave my first performance as a writer.  North Tyneside Writer’s Circle hosted Keeping My Soul 2, a second annual event showcasing the work of its members.  It was held at the library where we meet, with an audience of around 40 people.  I was terrified to take part, worried about it irrationally in the weeks before.  Though I was confident in the words of my story, I wasn’t confident in my delivery.  I’d thought I would settle as I began, but I could hear the fear in my voice as I was reading.  Strange how much harder it is to present something personal than to present something work-related, because it is, of course, a little piece of your soul that is on show to everyone listening.  I didn’t enjoy it, but I’m glad I did it.  And I’ve realised the value of performance, as another way  to have stories heard that might otherwise never be shared.

Now I’m stepping out of my comfort zone again, coming alone to the Mslexicon writing conference in Leeds where there will be dozens of other women writers.  At the venue, big sky and open fields have given way to the shelter of the canopy.  It is a place of old stone and old trees, hued in green.  Eccentric buildings and hidden corners.  Flag stoned paths lined with lamps.  A bengal cat complaining loudly.  There is a tennis court with an air of abandonment and a dusting of seeds.  A lichen-ed bench and an old tree swing.  Stone cloisters in which to walk and ponder.  A narrow lane leads to a park bursting with giant trees, steep paths and graffiti on old stones.

But there isn’t much time to be inspired by landscape, the inspiration is coming from within.  I learn that what I write may not be magical realism after all, but may be speculative fiction – but I also learn not to worry too much about labelling it.  I learn about Ikigai, about synopses and ‘when to press send’, about concealing and revealing and about making characters interesting.  Regretfully, I miss a performance by Jackie Kay, but laugh out loud with Sophie Hannah.  Most of all, I talk to other women writers and am awestruck by the sheer number of different stories they have to tell.

And the owls have followed.  Since I met the owlet in the forest, there has been a sense of owls all around me.  I hear the call of a tawny outside my window.  What I think is a barn owl takes off into the dusk on the train home.  And Leeds, I hadn’t realised, is a place of owls – they are part of the crest and their images appear all over the city.  Owls can see what is hidden, hence their reputation for wisdom and perception.  I’d like to think that the owls are signs that I’m on the right track.  There may be more discomfort to come, but maybe that will lead me to where I’m meant to be.

Blogger book of the month: Roy McCarthy – Supply and Demand 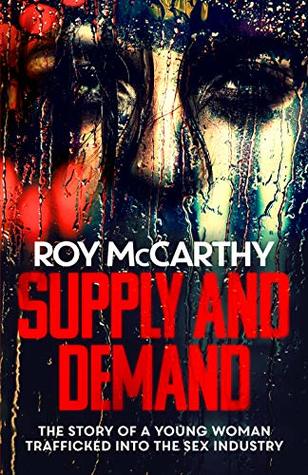 I’ve known Roy for a long time in blogging.  He has published a number of novels, each one unique.  His latest is a moving, heart-wrenching and ultimately uplifting novel set in the world of sex trafficking. Chameli is kidnapped from her Nepalese village and sold into the sex trade in India. Through her story we learn about the harrowing and brutal lives of the girls who become sex slaves. I immediately cared about Chameli and her fate; the author has done a great job of writing from her point of view, in a way that educates without preaching. Through Chameli’s story, and that of Chantilly, a privileged Australian determined to make a difference, I learned a lot about sex trafficking, the challenges involved in trying to stop it, and the difficult choices facing those lucky enough to escape.

Running parallel to Chameli’s story is that of her 11 year old brother, Dilawar, who travels to India to find her, but ends up struggling to survive on the streets. Ultimately this is a survival story of brother and sister struggling to exist in a world over which they have no control. There is a lot of darkness in the subject matter, yet this isn’t a dark novel. There are touching moments of friendship, great descriptions and sense of place, and an ending that offers hope. An important story that spotlights a horrific trade.  You can find Roy here and his book is available on Amazon.