This week I’m very pleased to welcome author Geoffrey Gudgion to my blog. I came across Geoff’s first book Saxon’s Bane a few years ago and loved the combination of a thriller with British folklore and magic. Geoff’s latest book Draca follows this same format, by weaving Viking folklore into a modern, exciting thriller.

Draca is the story of Jack, a veteran haunted by his service in Afghanistan. It is the story of George, a yachtswoman, born with a caul and able to see things that others can’t. And it is the story of an old sailing cutter that seems to have a life of its own. As Jack restores the old cutter and begins to sail it, the story unfolds. This is not a run-of-the-mill thriller. It deals with serious issues like PTSD, whilst also being a fantastic voyage of escapism that will make you shiver with suspense and keep you on the edge of your seat!

Geoff very kindly agreed to answer some questions about the book, which I’m delighted to share here:

Andrea: Where did the inspiration for the book come from? 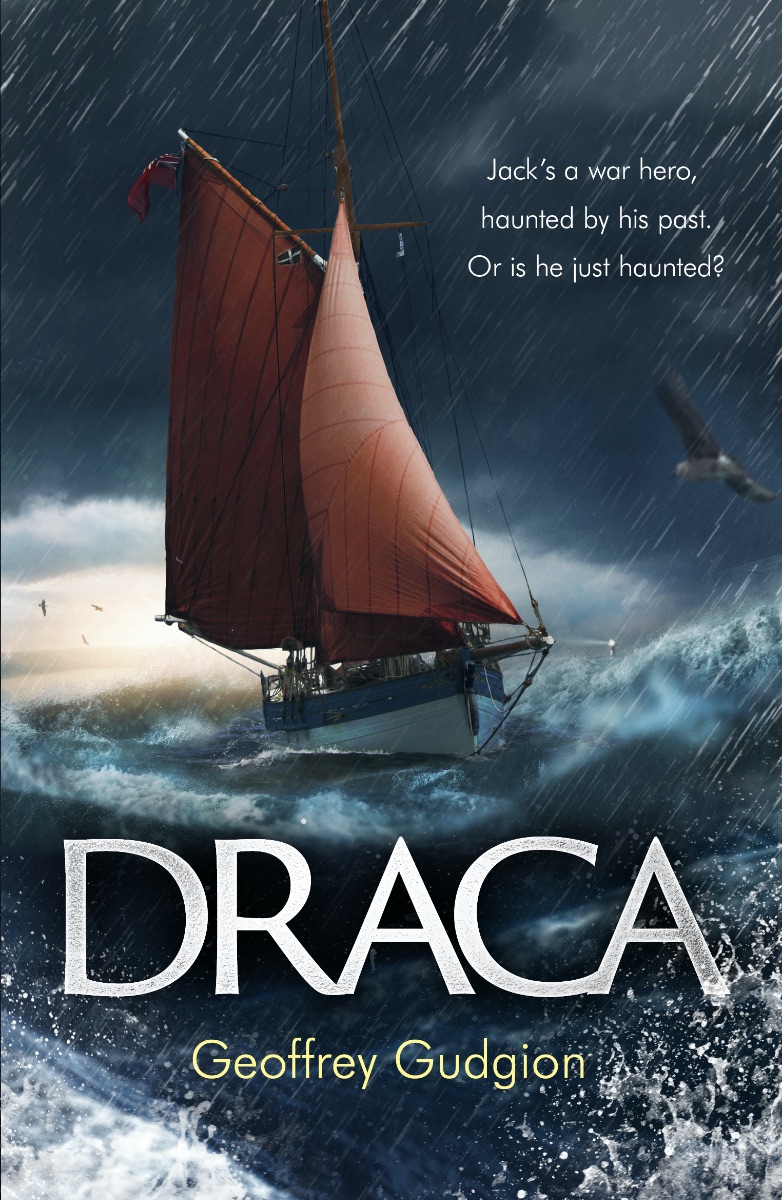 GG: Unusually, the setting came before the concept. I was sailing in the English Channel in a friend’s boat, and we anchored one night in Poole Harbour. We found a desolate backwater, a place of crying gulls and salt smells where there was no sight nor sound of humanity, apart from us. We sat drinking whisky with the easy familiarity of long friendship, and watched the sun go down on a long summer evening. The place was so evocative that I had to write it into a story. Then as the tide went out the bones of dead ships appeared in the mud, and I wondered what stories that decaying wood could tell. A few miles away lay Wareham, which was sacked by the Vikings in 876. What if that wood was from a longship? In a moment I had the setting for Draca. There’s even a Dorset saint called Witta who’s said to have walked on water.

The concept took a little longer to crystallise out of two themes that took a lot of stitching together. Firstly, I wanted to explore the idea that an object might be evil, in a Stone Tape kind of way. I once looked at an Aztec stone carving in a museum and that inanimate thing gave me the shivers. I wondered if human atrocity could be stored like an echo in, say, a venerated object, and perhaps influence behaviour millennia afterwards.

The other theme was how differently people can interpret events. They observe the same facts or behaviours, apply their own prejudices or filters, and come up with totally incompatible narratives. I love playing with ambiguity. In Draca there are three main ‘voices’; there’s Jack, the veteran who’s close to breaking, there’s his father who thinks he’s just a pig-headed fool, and there’s George, the feisty yachtswoman. She’s fey, ‘sees’ things no-one else can, and thinks Jack’s passion for his boat has become possession; the boat owns the man. I leave it to the reader to decide who they want to believe. Perhaps they’re all right, some of the time.

Those two themes eventually, with much editing, became Draca.

A: In Draca and your previous book Saxon’s Bane, you weave ancient myth and magic into a modern story, can you explain how that came about?

GG: I’ve always been interested in English history, and the way it is written in the 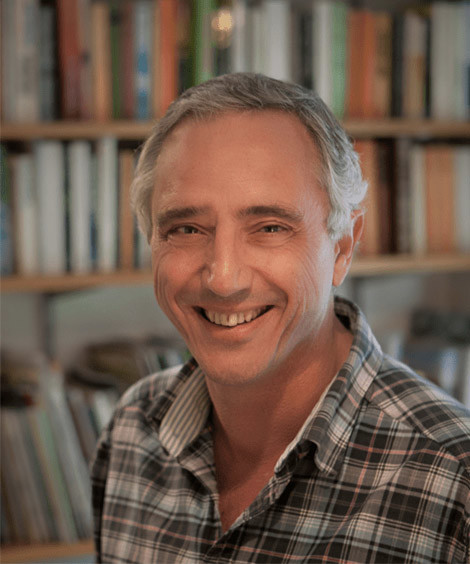 landscape around us. That dates back to University, when I specialised in Historical Geography. I’m also fascinated by faiths, because you can’t understand behaviours without understanding beliefs. How, for example, could Viking warriors face death in battle with such unholy joy?

I also like researching how faith interacts with nature; the medieval wise-woman who muttered a few words and cured a wound by packing it with bog moss might have been burned as a witch. These days we know that sphagnum contains a form of penicillin. I think there’s still a lot that can’t be explained by science, perhaps will never be explained, and personally I keep an open mind. My cultural heritage is Christian, but I have a problem with God giving man dominion over nature and I find the pagan concept of living within nature appealing.

Sorry, that’s a really long answer. Sometimes writing books is a way of working things out in your own head.

A: Are you an avid sailor? If not, how did you research the sailing and boat restoration

elements of the story?

GG: For about six years I had annual voyages crewing that friend’s boat in the Channel, Biscay, and the Baltic. I’ve only experienced one storm under sail and I drew on that but mainly relied on research. I found a 1935 book written by a man who sailed a pilot cutter like Draca, so if anyone ever says ’that can’t be right’ then I can point to the writings of a hugely experienced sailor and say ‘oh yes it can’.

A: Your protagonist, Jack, suffers from PTSD and you’ve chosen to share royalties from the book with the veteran’s charity Combat Stress. Why was this important to you?

GG: I’ve lived with PTSD for much of my adult life, though Draca isn’t cathartic; the book isn’t about PTSD per se, it’s about a troubled character who’s haunted by his past, or might be just haunted. Ambiguity again. I drew on personal experience to craft some of that. I’m an ex-serviceman, though I never saw action, so I’m motivated to support those who’ve been damaged in much more heroic circumstances. I won’t put a downer on your blog by spelling out some nasty personal history, but there’s as much as I’m prepared to place in the public domain on my web site here, and yes, the crash scenes in Saxon’s Bane were drawn from life.

But the book is much more about behaviours than trauma; there are family tensions, relationships, love, even a frisson of lust. There are happy moments mixed in with the stresses. A bit like life, really.

Andrea: Thank you to Geoff for sharing some fascinating background to the book. The eloquence of his answers gives you some flavour of the quality of his writing. Please do buy a copy of the book if you can and enjoy!

Waterstones, Foyles, and other retailers here