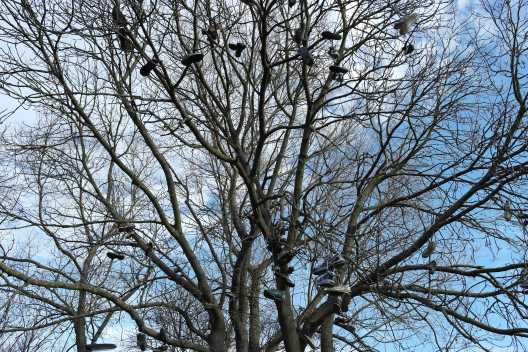 The ash tree is a tall tangle of feathery limbs at the edge of the park.  At some point, unnoticed, shoes began to stipple its branches, like peculiar fruits.  They’re the shoes of both children and adults.  Mainly sneakers, but of many designs.  Some have a branch to themselves, others have become tangled with one another to form intricate mobiles.  The shoes don’t seem to harm the tree.  In fact, they’ve slowly become part of it.  They’ve been there so long that many are now encrusted in lichen.  Occasionally, an abandoned shoe will appear on the grass, evicted by gales or rot. 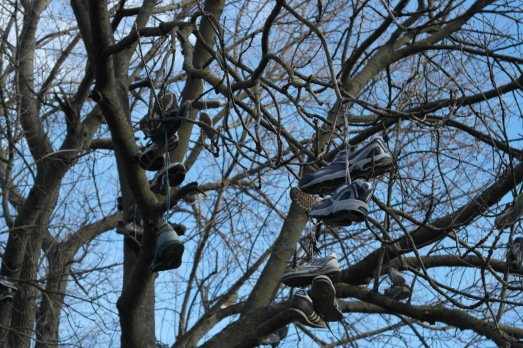 I wonder who all of these shoes belong to.  Did their wearers skulk home barefoot, having had the shoes ripped from their feet?  Did their parents scold them because they’d lost their shoes?  Do their former owners still pass by and look longingly at shoes they once loved that are now out of reach?  Or did they give them up joyfully in a blithe moment of festivity?

I first heard of shoe trees when I read local author Julia Darling’s novel The Taxi-Driver’s Daughter, in which an unhappy teenage girl decorates a tree with stolen shoes.  The tree ultimately becomes a symbol to the community.  At the time, I wondered which came first, the book or the tree.  But I soon learned that shoe trees aren’t unusual.  They’re found worldwide and there are many theories to their purpose: a result of bullying or pranks, a rite of passage such as the end of the school year, to signify a nefarious purpose such as the sale of drugs, or even that a person has died. 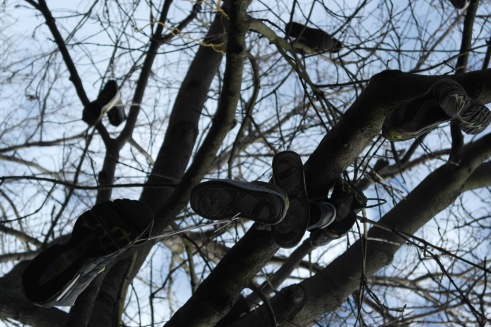 Leaving offerings on trees is an ancient practice.  In many parts of the world objects are left tied to branches or hammered into the bark.  Trees are adorned with rags and ribbons, food and coins.  They’re often known as wishing trees, because the offering is left in return for a wish to be fulfilled.  And what else is a Christmas tree if not a tree laden with offerings?  I suspect that our shoe tree began as a prank, perhaps light-hearted, perhaps malevolent.  I worry about the children who may have been bullied to facilitate an offering to the shoe tree, but I hope that if this is the case, the tree now cradles and disperses that pain, taking the weight of it as it does the weight of the shoes, drawing it in to become a part of itself. 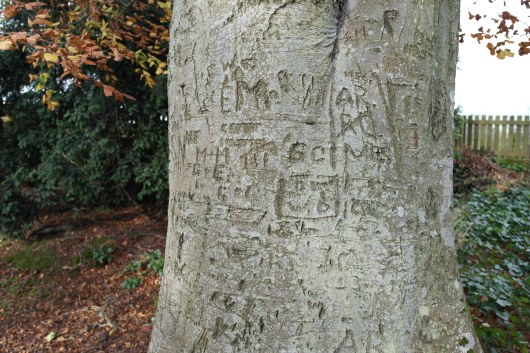 But we offer words as well as objects to trees.  It’s not only lovers who carve their initials into bark.  The two beech trees guarding Lady’s Well are covered in the initials of pilgrims.  Studies have been done of the graffiti carved into trees across Europe by soldiers in the world wars, including the American GI who told the wife he’d married in secret before leaving for Europe that he would carve his initials on a tree everywhere he went.  Carvings in trees are known as arborglyphs.  The trees healing process darkens them, making them more visible. 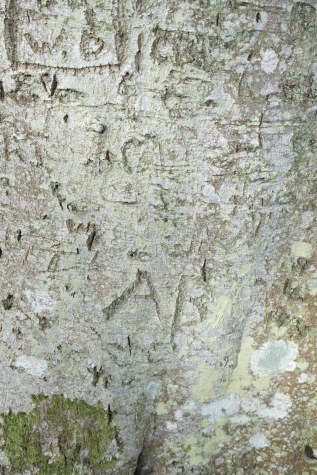 We have a need to tell the world that we were here.  We connect with a place by leaving something behind.  An old tree will have been here before us and is likely to remain after we’ve gone.  Trees are silent sentinels that we feel watch over us, a link between the underworld, the earth and the sky.  They give a sense of scale and permanence to our daily concerns.  We offer them the letters of our names (who we are in the world) and we offer them our shoes (what we travel in).  And perhaps they care, drawing strength from our attention.  Or perhaps they don’t and the meaning is ours alone.  If the tree doesn’t notice, then maybe someone else will and know that we existed, if only for a short while. 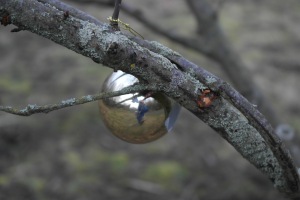 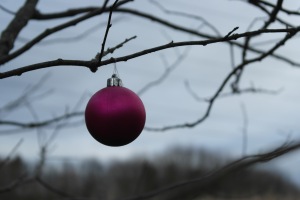 The desire to be witnessed is always there.  And it spreads.  Already, shoes have appeared in two of the other trees in the park.  And in another park nearby, someone has left some more seasonal offerings.  So perhaps one day when I’m ready to dispose of a pair of shoes, I won’t throw them away.  I’ll take them to the shoe tree and hurl them into the branches.  And maybe I’ll ask the tree, if not for a blessing, then to be my witness, to know that once I walked this way through the world. 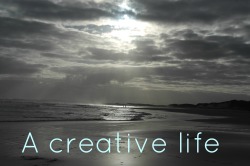 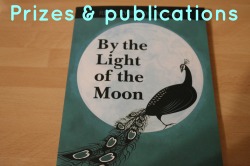 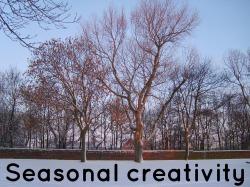 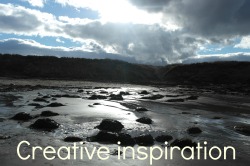 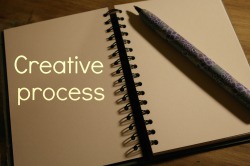 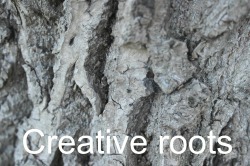